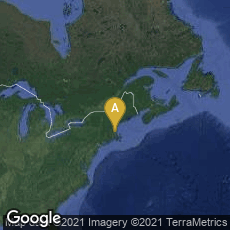 Wesley Clark demonstrating of the first Laboratory Instrument Computer, or LINC in 1962.

In May 1961 Wesley A. Clark, a computer scientist at MIT's Lincoln Laboratory, started building the LINC (Laboratory INstrument Computer). This machine, which some later called both the first mini-computer and a forerunner of  the personal computer, was first used in 1962. It was small table-top size, “low cost” ($43,000), had keyboard and display, file system and an interactive operating system. It's design was placed in the public domain. Eventually fifty of the machines were sold by Digital Equipment Corporation.