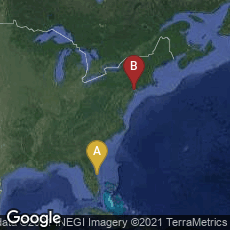 TELSTAR 1: The First Satellite to Relay Signals from Earth to Satellite and Back On June 10, 1962 a Delta rocket from Cape Canaveral launched the AT&T TELSTAR 1 satellite, designed and built at Bell Labs. It was the first privately owned active communications satellite, and the first satellite to relay signals from the earth to a satellite and back.

"Belonging to AT&T, the original Telstar was part of a multi-national agreement between AT&T (US), Bell Telephone Laboratories (US), NASA (US), GPO (UK) and the National PTT (France) to develop experimental satellite communications over the Atlantic Ocean. Bell Labs held a contract with NASA, reimbursing the agency three million pounds for each launch, independent of success. The US ground station was Andover Earth Station in Andover, Maine, built by Bell Labs. The main British ground station was at Goonhilly Downs in southwestern England. This was used by the BBC, the international coordinator. The standards 525/405 conversion equipment (filling a large room) was researched and developed by the BBC and located in the BBC Television Centre, London. The French ground station was at Pleumeur-Bodou (48°47′10″N 3°31′26″W) in north-western France" (Wikipedia article on Telstar 1, accessed 10-28-2014).