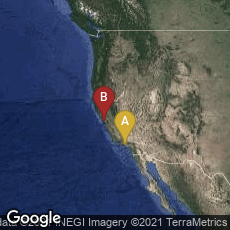 Image Source: www.upi.com
The first ARPANET IMP log. The initials "CSK" in the log stand for Charles S. Kline, a student programmer at UCLA who was the first person to log in to a remote host via the military system.  UCLA Digital Library.

The first message sent over the ARPANET was from Leonard Kleinrock’s UCLA computer by student programmer Charley Kline at 10:30 pm on October 29, 1969, to the second node at Stanford Research Institute’s computer in Menlo Park, California.

The message was simply “Lo" instead of the intended word,"login."

"The message text was the word login; the l and the o letters were transmitted, but the system then crashed. Hence, the literal first message over the ARPANET was lo. About an hour later, having recovered from the crash, the SDS Sigma 7 computer effected a full login" (Wikipedia article on Arpanet, accessed 12-26-2012).