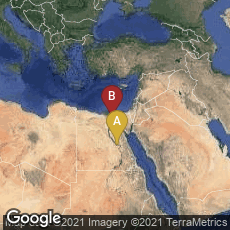 In 1945 twelve papyrus codices, plus eight leaves from a thirteenth, were found by a local peasant near the Upper Egyptian town of Nag Hammâdi. The manuscripts had been buried in a sealed jar. Eleven of the codices were in their original leather covers. This collection of codices in Coptic bindings, called the Nag Hammadi Library, comprised fifty-two mostly Gnostic tractates or treatises, dating from about 300 to about 350, and documenting a ". . . major side-stream of early quasi-Christian thought. . . formerly attested only by the anti-heretical treatises of orthodox Christianity. . . ." (Needham).  The best-known of these works is probably the Gospel of Thomas, of which the Nag Hammadi codices contained the only complete text. They also included three works belonging to the Corpus Hermeticum, and a partial translation/alteration of Plato's Republic. The Nag Hammadi texts were all Coptic translations of works that had been originally written in Greek.

In his "Introduction" to The Nag Hammadi Library in English, 3rd ed. (1984) James M. Robinson suggested that these codices may have belonged to a nearby Pachomian monastery, and may have been buried after Bishop Athanasius condemned the uncritical use of non-canonical books in his Festal Letter of 367 CE.

This collection of codices represents one of the most extensive collections of early papyrus codices in Coptic bindings.

"The Nag Hammadi codices are written on papyrus. Their language is Coptic, the native language of Egypt as recorded in the third century A.D. and after. Coptic script is a modification of the Greek alphabet, reflecting the fact that, in its written form, Coptic was essentially the language of Egyptian Christianity, whose early literature (including the heterodox Gnostic texts) was in large part translated from the Greek. The Nag Hammadi codices were written and bound in the first half of the fourth century, presumably within a religious community. The site of the find was near Chenoboskion, where in the early fourth century a monastery was established by St. Pachomius, the founder of coventional Christian monasticism. The burial of the Gnostic writings may have followed a fourth-century purge there of heretical literature.

"The volumes consist of single-quire codices, of as many as seventy-six leaves each; in two cases, two or more distinct codices, were found together in one volume. The covers are made of prepared goatskin or sheepskin. The upper covers have flaps, similar to those later routine on Islamic bindings. . . , extending over the fore-edge and folding around to the lower cover. Leather thongs are attached to the flaps, by means of which the volumes could be wrapped up and tied. Some of the volumes also have remains of thongs on the top and bottom of the covers. The covers are more than simply wrappers, for their insides are lined with papyrus cartonnage, built up into boards over which the turn-ins of the covers were folded and glued or tied. To secure the quire in its cover, two pairs of holes were stabbed through the fold of the leaves, one pair toward the top, the other toward the bottom. A leather thong was passed through each pair, then either through the spine of the cover itself, or through a strip of leather guard, and its ends tied together. If leather guards were used, they were glued to the inside of the covers, so that in either case the codex was attached to the cover. Several of the bindings are decorated, the most elaborate being that of Nag Hammadi Codex II. Its covers are inscribed with fillets, dividing them into cross and X- (or St. Andrew's cross) patterns. Additional simple scrollwork patterns were added in ink, and what appears to be an ankh, or crux ansata, was drawn at the top of the upper cover" (Needham, Twelve Centuries of Bookbindings: 400-1600 [1979] 5-6).

Apart from those in the Morgan Library and Museum, most of the Nag Hammadi codices are preserved in the Coptic Museum in Cairo.