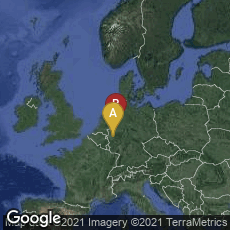 In 1639 Bernhard von Mallinckrodt, dean of Münster cathedral and a noted book collector, issued a pamphlet from Cologne entitled De ortu et progressu artis typographicae (Of the Rise and Progress of the Typographic Art) to mark the bicentennary of the invention of printing by movable type in Europe. Mallinckrodt's work, which defended the priority of Johann Gutenberg, included the phrase prima typographicae incunabula (the first cradle of printing, or more loosely, the infancy of printing). This was the origin of the term incunabula, still used to describe books and broadsheets printed before 1500— the arbitrary cut-off date that Mallinckrodt selected. Today the term incunabula (singular: incunabulum) is typically applied to imprints before 1501.

According to Ohly, "Das Inkunabelverzeichnis Bernhard von Mallinckrodts," Westfälische Studien, Alois Bömer zum 60. Geburtstag, Degerling & Menn, eds. (1928), as cited by Libreria Alberto Govi, Catalogue 2013, no. 99, at his death Mallinckrodt  possessed a library of nearly 5500 works, including about 200 incunabula from over 100 printers.

Book History from 1452 to 1797
Printing by Handpress or by Hand
Bibliography
Collecting Books, Manuscripts, Art, NFTs