The lower text of the above folio, recovered through X-Ray Fluorescence Imaging at Stanford University. The lower text covers Quran 2 (al-Baqarah).191-196. 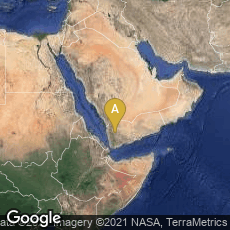 The Sana'a Palimpsest, "the Only Known Extant Copy from a Textual Tradition Beside the Standard Uthmanic..." In 1972 workers renovating a wall in the atttic of the Great Mosque of Sana'a (الجامع الكبير بصنعاء‎ Al-Jāmiʿ al-Kabīr bi-Ṣanʿā) in Yemen discovered a large collection of early manuscripts, including fragments from nearly 1000 early Qur'an codices. Among those, the Sana'a palimpsest (Sana'a 1) is among the earliest surviving manuscripts of the Qur'an. Written on parchment in Hijazi script (Hejazi,  خط حجازي‎ ḫaṭṭ ḥiǧāzī), the manuscript  comprises two layers of text. The upper text conforms to the standard 'Uthmanic Qur'an, whereas the lower text or undertext contains many variants to the standard text. According to the Wikipedia, radiocarbon analysis dated the parchment containing the undertext to before 671 CE with "99% accuracy".

"While the upper text is almost identical with the modern Qur'ans in use (with the exception of spelling variants), the lower text contains significant diversions from the standard text. For example, in sura 2, verse 87, the lower text has wa-qaffaynā 'alā āthārihi whereas the standard text has wa-qaffaynā min ba'dihi. Such variants are similar to the ones reported for the Qur'an codices of Companions such as Ibn Mas'ud and Ubayy b. Ka'b. However, variants occur much more frequently in the Sana'a codex, which contains "by a rough estimate perhaps twenty-five times as many [as Ibn Mas'ud's reported variants]". . . .

"The manuscript is not complete. About 80 folios are known to exist: 36 in Yemen’s Dār al-Makhṭūṭāt (House of Manuscripts), 4 in private collections (after being auctioned abroad), and 40 in the Eastern Library of the Grand Mosque in Sana’a.Many of the folios in the House of Manuscripts are physically incomplete (perhaps due to damage),whereas those in private possession or held by the Eastern Library are all complete.These 80 folios comprise roughly half of the Qur'an" (Wikipedia article on Sana'a palimpsest, accessed 11-20-2014).

"The lower text of San'a 1 is at present the most important document for the history of the Qur'an. As the only known extant copy from a textual tradition beside the standard Uthmanic one, it has the greatest potential of any known manuscript to shed light on the early history of the scripture. Comparing it with parallel textual traditions provides a unique window onto the initial state of the text from which the different traditions emerged. The comparison settles a perennial controversy about the date at which existing passages were joined together to form the suras (chapters). Some ancient reports and modern scholars assign this event to the reign of the third caliph and link it with his standardizing the text of the Qur'an around AD 650. However, the analysis shows that the suras were formed earlier. Furthermore, the manuscript sheds light on the manner in which the text was transmitted. The inception of at least some Qur'anic textual traditions must have involved semi-oral transmission, most likely via hearers who wrote down a text that was recited by the Prophet. . . " (Sadeghi & Goudarzi, "San'a' 1 and the Origins of the Qur'an," Der Islam 87, No. 1-2 (February 2012) 1-129, quotation from p. 1).