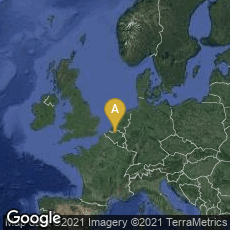 Jesuit Daniel van Papenbroeck (Papebroch) published "Propylaeum antiquarium circa veri ac falsi discrimen in vetustis membranis" in Acta sanctorum, Aprilis II (Antwerp, 1675) I-LII. In this paper Papenbroeck proved that a charter guaranteeing certain privileges to the rival religious order, the Benedictines, supposedly issued by the Merovingian king Dagobert in 646, was a forgery. He also argued that handwriting should be examined carefully before an ancient document is accepted as genuine. This paper may be considered the beginning of palaeography.