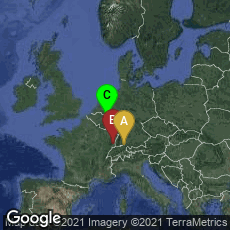 The Archetype of Vitruvius's "De architectura" Marcus Vitruvius Pollio wrote De architectura, the only surviving classical treatise on architecture, between 31 and 27 BCE, while he was employed as military engineer for the Emperor Augustus. The work, which Vitruvius claimed to be the first comprehensive study on its subject, comprised ten books on the theory and practice of architecture, which in ancient times encompassed not only building construction but also many aspects of mechanical engineering, including construction management, construction engineering, chemical engineering, civil engineering, materials engineering, mechanical engineering, military engineering and urban planning. The work contained much useful information on ancient materials and techniques, but it was the theoretical aspects of De architectura that were most influential. Drawing on his own preferences and a selective study of Greek architectural writings, most of which are no longer extant, Vitruvius defined architectural perfection in quantitative terms, and derived from these definitions finite rules governing planning and perfection. These rules had little effect on the architecture of his day, but were adopted as true doctrine during the Renaissance.

Of the eighty or so extant manuscripts of De architectura the great majority descend from a manuscript in the British Library known as Harley 2767 (H). This was written on the border between east and west Francia about 800.

"Its splendid calligraphy, and its dominant influence on the later tradition suggest that it might well have been written at the palace scriptorium of Charlemagne [at Aachen]. This is supported by the fact that the first two men to show any knowledge of Vitruvius after the Dark Ages are Alcuin, in a letter written to Charlemagne between 801 and 804, and Einhard, who in addition to his close association with the court, had a practical interest in building. The whole tradition shows signs of a derivation from an archetype in Anglo-Saxon script, and it has been suggested that Alcuin had imported a text from England.

"Among the descendants of H are a number of early manuscripts, all dating from the twelfth century, which show that by then this form of the text had spread over a wide area ranging from north-west Germany, through the Low Countries and France to England. . . .

"Germany obviously dominated the vital phase of Vitruvius' transmission, and we know that there were copies, too, in the ninth century at Reichenau, and its daughter house Murbach. It is difficult not to see such figures as Einhard lurking in the background, men equally at home in the workshop as in the library and scriptorium. An interest in technology has fused at an early age the α tradition of Vitruvius with that of a series of technical recipes known as the Mappae clavicula. This remarkable collection tells one how to gild metals and distill alcohol, how to make various compounds, from pigments and varnish to incendiary bombs. It has a particular bearing on the making of stained glass and the illumination of manuscripts. These recipes appear in various degrees, and combinations in H (and some of its descendants). . . ." (Reynolds, Texts and Transmission [1983] 441-42).