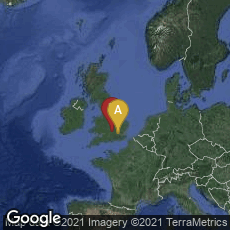 English surgeon and anatomist William Cowper published The Anatomy of Humane Bodies. . . . in 1698. This large folio volume included a mezzotint portrait of Cowper by Smith after Closterman, an allegorical engraved title attributed to Abraham Bloteling with pasted-on English title in cartouche, a second engraved title with vignette by Sturt, and 114 plates, of which 105 were designed by Gérard de Lairesse and probably engraved by Bloteling, and 9 plates mostly drawn and engraved by Michael van der Gucht. The volume was printed in Oxford at the Sheldonian Theatre and issued in London by Samuel Smith & Benjamin Walford.  From the format standpoint it is one of the largest volumes published in England during the seventeenth century.

Cowper's atlas was the first edition in English of the original anatomical plates designed for Govert Bidloo by Gérard de Lairesse, a painter who rivaled Rembrandt in popularity in his time. The plates were originally issued with Bidloo's Latin text and published in 1685. There was also an edition in Dutch in 1690. Bidloo’s text, however, was widely criticized, and perhaps because of this, or because sales were disappointing, Cowper, or his publisher, was able to obtain 300 sets of Bidloo's original plates from the publishers in Amsterdam. Cowper arranged to supply an entirely new text in English to accompany the reissue of the original engravings, with a few additions. Cowper also commissioned nine new plates. Cowper's new English text was clearly superior, and the basis for later Latin editions. However, Cowper did not acknowledge Bidloo, even going so far as to paste over Bidloo’s name with his own in the cartouche on the engraved allegorical title.

At this time neither copyright nor rights of authorship existed. The first copyright law passed was the British Statute of Anne in 1709. Without legal recourse, Bidloo chose to attack Cowper in print, resulting in a bitter plagiarism dispute between the two— one of the most famous in medical history. In 1700 Bidloo went so far as to publish his Gulielmus Cowper, criminalis literari citatus, coram tribunali, attacking Cowper in considerable detail.

The Statute of Anne: The First Copyright Statute