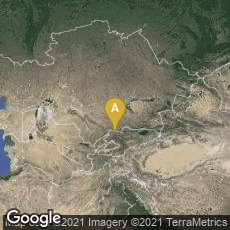 Image Source: en.wikipedia.org
Map of the Tang Dynasty circa 700 CE showing its expanded western territories at that time, connected to the main part of the empire by the long and narrow Hexi Corridor. The Battle of the Talas River stopped the Western expansion of the Chinese

The Battle of Talas was fought between the Arab Abbasid Caliphate with their ally the Tibetan Empire against the Chinese Tang dynasty, governed at the time by Emperor Xuanzong. In July 751 CE, Tang and Abbasid forces met in the valley of the Talas River to vie for control of the Syr Darya region of central Asia. After a stalemate in several days of combat, the Tang lost the battle because the Karluks defected from the Tang side to the Abbasid side. The defeat marked the end of Tang westward territorial expansion, resulting in Muslim control of Transoxiana for the next four hundred years.