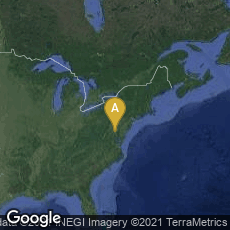 "This machine had 30 photomultiplier tubes as detectors and completed a scan in only 9 translate/rotate cycles, much faster than the EMI-scanner. It used a DEC PDP11/34 minicomputer both to operate the servo-mechanisms and to acquire and process the images. The Pfizer drug company acquired the prototype from the university, along with rights to manufacture it. Pfizer then began making copies of the prototype, calling it the "200FS" (FS meaning Fast Scan), which were selling as fast as they could make them. This unit produced images in a 256x256 matrix, with much better definition than the EMI-Scanner's 80" (Wikipedia article on Computed Tomography, accessed 04-15-2009).