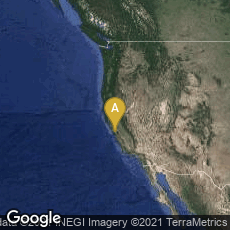 Origins of the IBM System/360 In the period from 1952 through 1962, IBM produced seven families of systems—the 140, 1620, 7030 (Stretch), 7040, 7070, 7080, and 7090 groups. They were incompatible with one another, and both users and IBM staff recognized problems caused by this incompatibility. The SPREAD report, as adopted by IBM, led to the development of the IBM System/360 family of compatible computers and peripherals, and essentially reformed the company.

"The SPREAD plan eventually allowed IBM to direct substantial resources toward the development of the full system—peripherals, programming, communications, and new applications. The success of System/360 is perhaps best measured by IBM's financial performance. In the six years from January 1, 1966 to December 31, 1971, IBM's gross income increased 2.3 times, from $3.6 billion to $8.3 billion, and net earnings after taxes increrased 2.3 times, from $477 million to $1.1 billion. In 1982 direct descendants of System/360 accounted for more than half of IBM's gross income and earnings.

"Perhaps most important, the SPREAD Report permitted IBM to focus on an excellence not possible with multiple architectures. It resulted in powerful new peripherals, programming, terminals, high-volume applications, and complementary diversifications whose future can only be imagined" (Bob O. Evans, "Introduction to SPREAD Report," Annals of the History of Computing 5 [1983] 5).  The text of the report was reprinted in the same journal issue on pp. 6-26.

Nearly all copies of this confidential report were destroyed. An original copy, donated by one of the authors, Jerome Svigals, is preserved in the Computer History Museum, Mountain View, California.