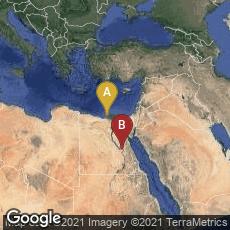 The Crosby-Schoyen Codex: One of the Earliest Extant Papyrus Codices, Probably from the Earliest Monastery Library Leaves from the Crosby-Schøyen Codex. MS 193.

The Crosby-Schøyen Codex, a papyrus codex in Sahidic (a dialect of Coptic) from Alexandria, Egypt, consists of 52 leaves, of which 16 are missing, 15x15 cm, written in 2 columns, (10 x12 cm), 11-18 lines in a bold large Coptic uncial, with 3 decorated cartouches. Its fifth and final text is written in a single column, 12 lines. Dating from about 250, it is one of the earliest extant codices, showing the adoption of the codex form of the book by early Christians. In 2013 it was the earliest codex in private hands.

The five texts in the Crosby-Schøyen Codex are:

The codex represents the earliest known complete text of the two books of the Bible, Jonah and 1 Peter. Of 1 Peter there is also a Greek papyrus slightly later, circa 300, from the same hoard, now in the Vatican Library. The Schøyen 1 Peter is copied from a Greek exemplar written before 2 Peter existed, that is circa 60-130 CE. It is the single most important manuscript of 1 Peter. Texts 2 and 4 are also the earliest witnesses. Text 5 is unique, and probably the oldest extant Christian liturgical manuscript.

The codex derives from the hoard known as the "Bodmer Papyri", consisting of 9 Greek papyrus rolls, 22 papyrus codices and circa 7 vellum codices in Greek and Coptic. These manuscripts are now mainly located in the Bibliotheca Bodmeriana, Genève, and the Chester Beatty Library, Dublin. They are part of what is known as the Dishna papers, which may have belonged to the library of one of the earliest monasteries associated with the first monastic order, the Pachomian order, Faw Qibli, Egypt. In his book, The Story of the Bodmer Papyri. From the First Monastery's Library in Upper Egypt to Geneva and Dublin (2011) James M. Robinson traced the unusually complex provenance of the Bodmer Papyri, documented the history of their publication in the 20th century, and made the case that these papyri were originally part of the library of the first Christian monastery. Robinson's view is not universally shared. The rolls and codices from the library were buried in a large sealed jar probably during the Arabic conquest of Egypt in the seventh century, and were not found until 1952.

The provenance of the Crosby-Schoyen Codex is among the most complicated of all the so-called Bodmer Papyri: