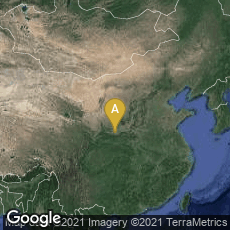 The First Emperor of China Destroys Most Records of the Past Along with 460, or More, Scholars Following the advice of his chief adviser Li Si, Qin Shi Huang, the first emperor of a unified China, ordered most previously existing books to be burned in order to avoid scholars' comparison of his reign with the past. Records which were allowed to escape destruction were:

"books on astrology, agriculture, medicine, divination, and the history of the Qin state. Owning the Book of Songs or the Classic of History was to be punished especially severely. According to the later Records of the Grand Historian, the following year Qin Shi Huang had some 460 scholars buried alive for owning the forbidden books. The emperor's oldest son Fusu criticised him for this act. The emperor's own library still had copies of the forbidden books, but most of these were destroyed later when Xiang Yu burned the palaces of Xianyang in 206 BCE (Wikipedia article on Qin Shi Huang, accessed 01-30-2010).

The Wikipedia article, Burning of books and burying of scholars, presents a different account, quoting the Records of the Grand Historian in footnotes, both in Chinese and English translation:

"According to the Records of the Grand Historian, after Qin Shi Huang, the first emperor of China, unified China in 221 BCE, his chancellor Li Si suggested suppressing the freedom of speech, unifying all thoughts and political opinions. This was justified by accusations that the intelligentsia sang false praise and raised dissent through libel.

"Beginning in 213 BCE, all classic works of the Hundred Schools of Thought — except those from Li Ssu's own school of philosophy known as legalism — were subject to book burning.

"Qin Shi Huang burned the other histories out of fear that they undermined his legitimacy, and wrote his own history books. Afterwards, Li Ssu took his place in this area.

"Li Ssu proposed that all histories in the imperial archives except those written by the Qin historians be burned; that the Classic of Poetry, the Classic of History, and works by scholars of different schools be handed in to the local authorities for burning; that anyone discussing these two particular books be executed; that those using ancient examples to satirize contemporary politics be put to death, along with their families; that authorities who failed to report cases that came to their attention were equally guilty; and that those who had not burned the listed books within 30 days of the decree were to be banished to the north as convicts working on building the Great Wall. The only books to be spared in the destruction were books on medicine, agriculture and prophecy.

"After being deceived by two alchemists while seeking prolonged life, Qin Shi Huang ordered more than 460 alchemists in the capital to be buried alive in the second year of the proscription, though an account given by Wei Hong in the 2nd century added another 700 to the figure. As some of them were also Confucius scholars Fusu counselled that, with the country newly unified, and enemies still not pacified, such a harsh measure imposed on those who respect Confucius would cause instability. However, he was unable to change his father's mind, and instead was sent to guard the frontier in a de facto exile.

"The quick fall of the Qin Dynasty was attributed to this proscription. Confucianism was revived in the Han Dynasty that followed, and became the official ideology of the Chinese imperial state. Many of the other schools had disappeared" (Wikipedia article on Burning of books and burying of scholars, accessed 01-30-2010).