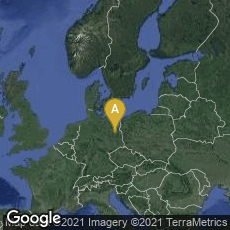 In 1838 German botanist Matthias Jakob Schleiden published "Beiträge zur Phytogenesis" in Müller's Archiv für Anatomie, Physiologie und wissenschaftliche Medicin (1838) 137-76, which was issued from Berlin. Schleiden’s work represented key step in the evolution of the search for the elementary unit common to the animal and plant kingdoms. Acting upon his belief that plants represented aggregates of individual cells, Schleiden published a study of the vegetable cell, beginning with the cell nucleus (discovered by botanist Robert Brown in 1832), and proceeding to a discussion of its role in the formation of cells. Schleiden’s “watch-glass” theory of cell formation was wrong—he believed that they crystallized in a formative liquid containing sugar, gum and mucous—but it focused attention on the problem of cell reproduction and provided a testable hypothesis. More significant was Schleiden’s insistence that plants consisted entirely of cells and cell products. Tradition has it that the cell-theory was conceived in a conversation between Schleiden and Schwann on phytogenesis. In 1839 Theodor Schwann published from Berlin Mikroskopische Untersuchungen, in which he demonstrated that Schleiden’s conclusion also applies to animals, thus establishing the cell as the elementary unit common to both plant and animal kingdoms.