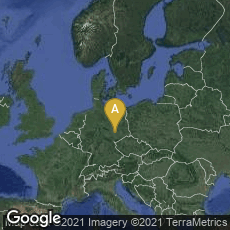 Image Source: commons.wikimedia.org
Ludwig Alois Friedrich Ritter von Köchel. A reproduction of his signature is in the lower margin.

The Köchel-Verzeichnis of the compositions of Wolfgang Amadeus Mozart was the first comprehensive chronological and thematic catalogue of the compositions of a major composer. Köchel included the opening bars of each piece. In organizing the Verzeichnis Köchel arranged Mozart's works into twenty-four categories or themes, which were used by Breitkopf & Härtel in Leipzig when they published the first complete edition of Mozart's works from 1877 to 1910. This publishing venture was partly funded by Köchel.

"Köchel attempted arranging the works in chronological order, but the compositions written before 1784 could only be estimated. Since Köchel's work, many more pieces have been found, re-attributed, and re-dated, requiring three catalogue revisions. These revisions, especially the third edition by Alfred Einstein (1937), and the sixth edition by Franz Giegling, Gerd Sievers, and Alexander Weinmann (1964), incorporated many corrections" (Wikipedia article on Köchel catalogue, accessed 09-04-2010).