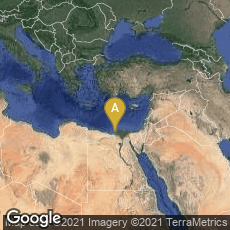 Papyrus 75, the Oldest Surviving Fragment from the Gospel of Luke

Papyrus 75 (75, Papyrus Bodmer XIV-XV), an early Greek New Testament papyrus of the Alexandrian text-type written between 175 and 225 CE, was purchased from the Bibliotheca Bodmeriana by Frank Hanna III, and donated to the Vatican Library in March 2007. This papyrus is believed to contain the oldest known fragment from the Gospel of Luke, the earliest known Lord's Prayer, and one of the oldest written fragments from the Gospel of John. It is also the oldest manuscript that contains two Gospels. This could be interpreted to suggest that after this period the four Gospels were circulated together.

"This affirmation becomes understandable only if one takes a step back in time to the classical world. In Greek and Roman milieus, formal texts were exclusively transmitted on papyrus scrolls whereas informal texts (accounts, notes, receipts...) were transcribed on other types of support, such as wax tablets or pottery 'labels' (ostra-ca).

"In the first century A.D., 'notepads' made of superimposed sheets folded and sewn together or tied with a piece of string became common. These articles of pagan origin were very soon used by Christians, as can be learned from a famous Deutero-Pauline passage in which Timothy is asked not to forget 'the parchments', that is, the notes (II Tm 4:13).

"This new format, a single notebook, had enormous advantages in comparison with the traditional scroll: it provided much more space and less bulk as well as more contained costs. At the same time, it facilitated the consultation and reading of a specific passage, all of which were significant factors for public reading at important liturgical celebrations.

"The Bodmer Papyrus 14-15, that originally consisted of 36 double leaves placed one on top of the other to make a total of 144 pages [of which 101 leaves survived,] is the oldest find that contains the text of two Gospels together, the Gospels of Luke and John. But why, one might ask, did it not contain all four Gospels?

"This can be explained by the limitations of the new technique which although it provided almost twice as much room as the classical papyrus scroll, was still a fragile structure that inevitably tended to split along the fold, especially if the number of double pages exceeded 50. Thus, a codex of this kind could contain only a little more than two Gospels.

"However, since all the lists of the Gospels begin with that of Matthew, one might presume that together with the surviving papyrus another volume was also made, now completely lost, which contained the two missing Gospels, that of Matthew and that of Mark" (http://www.ewtn.com/library/SCRIPTUR/bodmerpapyrus.HTM, accessed 09-14-2010).