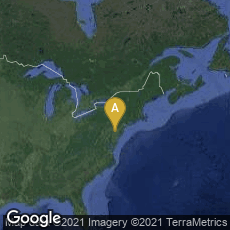 About 1785 American inventor Oliver Evans invented and promoted the process of continous process milling. He built the first automated flour mill on Red-Clay Creek near Newport, Delaware. Driven by water power, the mill operated continuously through the use of five bulk material handling devices including a hopper-boy, bucket elevators, conveyor belts, Archimedean screws, and descenders, reducing the number of men needed to operate the equipment from four to one. If properly managed Evans's mill also increased the amount of flour obtained from a given amount of grain. For these reasons Evans's system was eventually adopted throughout the United States, and gristmilling became and long remained one of the nation's most important industries. By 1870 it was the nation's leading industry by value of product.

Evans described  and illustrated this invention in The Young Mill-Wright and Millers' Guide which he self-published in Philadelphia in 1795 in an edition of 2000 copies; his book had 14 plates (1 folding). This work became very popular, undergoing 15 editions and revisions between 1795 and 1860, becoming the most significant text for the flour milling trade during this period. Its chapters on elements of mechanical and hydraulic engineering were useful in the application of the trade of millwrighting to many other industries besides grist milling. Millwrights who gained experience with production mechanisms installed and maintained textile machinery when it was introduced during the early 19th century.

Evans patented this invention in a few states and, when the US patent system was established, in the federal patent system (Third U.S. Patent).

"These five machines . . . perform every necessary movement of the grain, and meal, from one part of the mill to another, and from one machine to another, through all the various operations, from the time the grain is emptied from the wagoner's bag . . . until completely manufactured into flour. . . without the aid of manual labor, excepting to set the different machines in motion."