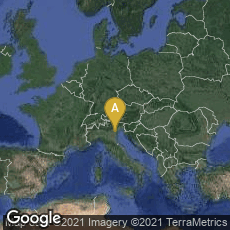 Bagellardo's Pediatrics, the First Medical or Scientific Treatise to be First Published as a Printed Book Rather than a Manuscript A very early table of contents beginning the first printed edition of Bagellardo, from the Bayerische Staatsbibliothek.

This was the first medical treatise, and probably also the first scientific treatise, to make its original appearance in printed form rather than having prior circulation in manuscript. It is also one of the two first books published in print by a living author, the other being Valturio's De re militari (1472).

Hook & Norman, The Haskell F. Norman Library of Science and Medicine (1991) no. 102. ISTC no. ib00010000.  In November 2013 a digital facsimile was available from the Bayerische Staatsbibliothek at this link.