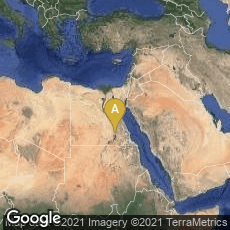 The Elephantine Papyri: One of the Most Ancient Collections of Jewish Manuscripts

"A letter from the Elephantine Papyri, a collection of 5th century BCE writings of the Jewish community at Elephantine in Egypt. Authors are Yedoniah and his colleagues the priests and it is addressed to Bagoas, governor of Judah. The letter is a request for the rebuilding of a Jewish temple at Elephantine, which had been destroyed by Egyptian pagans. The letter is dated year 17 of king Darius (II) under the rule of the satrap of Egypt, Arsames, which corresponds to 407 BCE."

One of the oldest collections of Jewish manuscripts, dating from the fifth century BCE, the Elephantine papyri were written by the Jewish community at Elephantine (Arabic: جزيرة الفنتين‎, Greek: Ελεφαντίνη) , then called Yeb, an island in the Nile at the border of Nubia. The Jewish settlement of Elephantine was probably founded as a military installation about 650 BCE, during the reign of Manasseh of Judah, to assist Pharoah Psammetichus I in his Nubian campaign. The dry soil of Upper Egypt preserved documents from the Egyptian border fortresses of Elephantine and Syene (Aswan). Hundreds of these Elephantine papyri survived, written in hieratic and Demotic Egyptian, Aramaic, Greek, Latin and Coptic, and consisting of legal documents and letters, spanning a period of 1000 years.

"Though some fragments on papyrus are much older, the largest number of papyri are written in Aramaic, the lingua franca of the Persian Empire, and document the Jewish community among soldiers stationed at Elephantine under Persian rule, 495-399 BCE. The Elephantine documents include letters and legal contracts from family and other archives: divorce documents, the manumission of slaves, and other business, and are a valuable source of knowledge about law, society, religion, language and onomastics, the sometimes surprisingly revealing study of names...." (Wikipedia article on Elephantine papyri, accessed 12-09-2013).