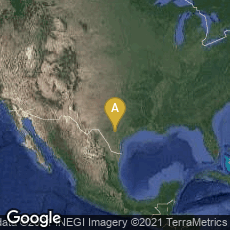 "Because 3D graphics were too slow in the early 1990s to present a photorealistic and spatially-registered augmented reality, Virtual Fixtures used two real physical robots, controlled by a full upper-body exoskeleton worn by the user. To create the immersive experience for the user, a unique optics configuration was employed that involved a pair of binocular magnifiers aligned so that the user’s view of the robot arms were brought forward so as to appear registered in the exact location of the user’s real physical arms. The result was a spatially-registered immersive experience in which the user moved his or her arms, while seeing robot arms in the place where his or her arms should be. The system also employed computer-generated virtual overlays in the form of simulated physical barriers, fields, and guides, designed to assist in the user while performing real physical tasks. Fitts Law performance testing was conducted on batteries of human test subjects, demonstrating for the first time, that a significant enhancement in human performance of real-world dexterous tasks could be achieved by providing immersive Augmented Reality overlays to users" (Wikipedia article on Virtual Fixtures, accessed 10-21-2014).