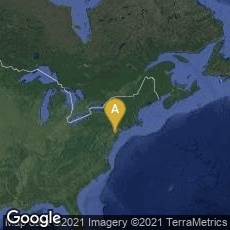 Title page of an early photocopy of Von Neumann's First Draft of a Report on the Edvac.

On June 30, 1945 mathematician and physicist John von Neumann of Princeton privately circulated copies of his First Draft on a Report on the EDVAC to twenty-four people connected with the EDVAC project. This document, written between February and June 1945, provided the first theoretical description of the basic details of a stored-program computer—what later became known as the Von Neumann architecture.

To avoid the government's security classification, and to avoid engineering problems that might detract from the logical considerations under discussion, von Neumann avoided mentioning specific hardware. Influenced by Alan Turing and by Warren McCulloch and Walter Pitts, von Neumann patterned the machine to some degree after human thought processes.

McCulloch & Pitts Publish the First Mathematical Model of a Neural Network
The Macy Conferences on Cybernetics Occur
The Earliest Video Game Competition Takes Place at Stanford University, for the Game "Spacewar."
Oliver Selfridge's Pioneering Program in Pattern Recognition
"The Design of Machines to Simulate the Behavior of the Human Brain"