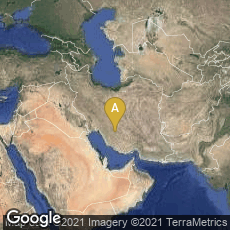 Between 1933 and 1934 excavations directed by Ernst Herzfeld for the Oriental Institute of the University of Chicago discovered the administrative archives of the Persian city of Persepolis, consisting of the Persepolis Fortification Archive and the Persepolis Treasury Archive. Persepolis (Old Persian: Pārśa, New Persian: پرسپولیس) literary meaning "city of Persians", was the ceremonial capital of the Achaemenid Empire. The modern name of the location is Takht-e Jamshid in Fars near Shiraz in southwestern Iran.

The thousands of clay tablets, fragments and seal impressions in the Persepolis archives are a part of a single administrative system, representing continuity of activity and flow of data over more than fifty years from 509 to 457 BCE. These records contain information on the geography, economy, administration, religion and social conditions of the Persepolis region, the heartland of the Persian Great Kings from Darius I the Great to Artaxerxes I.

The Persepolis Fortification Archive was found at the northeastern corner of the terrace of Persepolis, in two rooms in the fortification wall in March 1933. The entrance to the rooms were bricked up in antiquity. The tablets had been stored in a small space near the staircase in the tower in the fortification wall, arranged in order, as if in a library. The upper floor of the fortification wall may have collapsed at the time of the Macedonian invasion, in the process partially destroying the order of the tablets while protecting them until 1933. Paradoxically, the burning of Persepolis by Alexander the Great in 330/329 BCE contributed to the preservation of the Achaemenid administrative archives that might have been lost due to passage of time by natural and manmade causes. Herzfeld estimated that the find included about 30,000 or more inscribed and sealed clay tablets and fragments.

"But before Persepolis archives could have offered any clues to the better understanding of the Achaemenid history, the clay tablets, mostly written in a late dialect of Elamite, an extremely difficult language still imperfectly understood, had to be deciphered. So, in 1935, Iranian authorities loaned the Persepolis Fortification Archive to the Oriental Institute for research and publication. The archive arrived in Chicago in 1936 and has been under studies since 1937. It was not until 1969 when Richard Hallock published his magisterial edition of 2087 Elamite tablets [in] Persepolis Fortification Tablets leading to the renaissance of Achaemenid studies in 1970s. The long term project spanning over seven (7) decades is far from completion.

The Persepolis Treasury Archive was found on the southeastern part of Persepolis terrace in the block of buildings identified as the "Royal Treasury" where small pieces of gold leaves were found. The find consisted of 746 clay tablets and fragments, covering 35 years from 492 to 457 BCE, from regnal year 30th of Darius I the Great, to regnal year 7th of Artaxerxes I, with the largest concentration from regnal years 19th and 20th of Xerxes.

In April 2014 a history of the excavations and study of the Persian Achaemenid Administative Archives entitled Persian.ology. Gate-keepers of (clay) dinosaur bones by A. J. Cave was available from academia.edu at this link. The book was presented in an imaginative illustrated and typographic format.