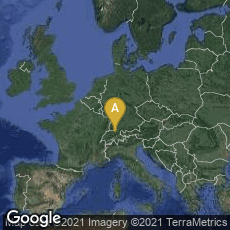 The first "universal" bibliography published since the invention of printing, Gessner's Bibliotheca universalis was an international bibliography of authors who wrote in Latin, Greek, and Hebrew, alphabetically arranged by their first names in accordance with medieval usage. Short biographical data preceded the lists of works, with indications of printing places and dates, printers and editors, where applicable. Gessner listed about 12,000 titles in the Bibliotheca universalis, expanded to about 15,000 in his Appendix. Though it was called "universal," Gessner intended his bibliography to be selective.

"The technique of book production had changed radically as a result of print, but problems of information had not been simplified. This moved publishers and scholars to develop tools equal to the new situation. But such tools did not prove completely adequate to the task of helping the reader faced with the problem of selection, a problem which had now become more complicated. The predicament suggested to Gesner an encompassing labyrinth made up of a multitude of books. He confessed the profound sense of freedom he experienced when he finished his massive work in 1545: 'In truth I rejoice and thank God because I have finally gotten out of the labyrinth in which I was trapped for almost three years' " (Balsamo, Bibliography: History of a Tradition [1990] 32).

♦ Ironically Gessner, a physician, did not complete the intended medical section of his Bibliotheca universalis (liber xxi) and it was never published.

Technically, in this project Gessner was preceded by Muhammad ib Ishaq (Abu al Faraj) called Ibn Abi Al-Nadim who in 988 CE published the Fihrist, an index of the books of all nations which were extant in the Arabic language and script. Chronologically, Al-Nadim's work was the earliest attempt at a universal bibliography, but it did not appear in a printed edition until 1871-72, and had no influence on the development of bibliography in Europe.

an index of the books of all nations: