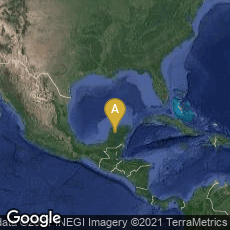 "During the ceremony a disputed number of Maya codices (or books; Landa admits to 27, other sources claim '99 times as many') and approximately 5,000 Maya cult images were burned. The actions of Landa passed into the Black Legend of the Spanish in the Americas" (Wikipedia article on Diego de Landa, accessed 11-30-2008).

"Such codices were primary written records of Maya civilization, together with the many inscriptions on stone monuments and stelae which survive to the present day. However, their range of subject matter in all likelihood embraced more topics than those recorded in stone and buildings, and was more like what is found on painted ceramics (the so-called 'ceramic codex'). Alonso de Zorita wrote that in 1540 he saw numerous such books in the Guatemalan highlands which 'recorded their history for more than eight hundred years back, and which were interpreted for me by very ancient Indians' (Zorita 1963, 271-2). Fr. Bartolomé de las Casas lamented that when found, such books were destroyed: 'These books were seen by our clergy, and even I saw part of those which were burned by the monks, apparently because they thought [they] might harm the Indians in matters concerning religion, since at that time they were at the beginning of their conversion.' The last codices destroyed were those of Tayasal, Guatemala in 1697. . . " (Wikipedia article on Maya Codices, accessed 11-30-2008).

Probably because they were sent out of Mexico before the inquisitorial destruction, three codices and possibly a fragment of a fourth, survived. These are: