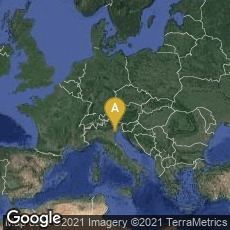 On July 26, 1491 Venetian printers Giovanni and Gregorio Gregoriis, de Forlivio,  completed the first printed edition of Fasciculus medicinae under the authorship of Johannes de Ketham. This collection of short medical treatises, some dating as far back as the thirteenth century, circulated widely in manuscript prior to printing. The printers may have attributed authorship of the collection to the former owner of the manuscript they printed: Johannes von Kirchheim, a professor of medicine in Vienna circa 1460. "Ketham" is a plausible Italian corruption of "Kirchheim."

The first edition of "Ketham" was the first printed medical book to have anatomical illustrations of any kind. It was followed by an Italian translation issued by the same printers in Venice 1493/94, which added Mondino's Anathomia to the collection. For this Italian edition, all but one of the illustrations were redrawn and four new outline wood-engravings added, showing scenes of medical practice in fifteenth-century Venice. The dramatically improved and more realistic illustrations, which were reproduced in the numerous later editions, are by an unknown artist, probably from the school of Giovanni Bellini.

In the woodcuts prepared for the Italian edition we see the first evidence of the transition from medieval to modern anatomical illustration. In the 1491 edition, the woodcut of the female viscera—like those of the Zodiac Man, Bloodletting Man, Wound-Man, etc.—was derived from the traditional non-representational squatting figure found in medieval medical manuscripts. However, the illustrations for the Italian edition "included an entirely redesigned figure showing female anatomy. . . . The scholastic figure from 1491 must have irritated the eyes of the artistic Venetians to such a degree that they immediately abandoned it. After this the female figure actually sits in an armchair, so that the traditional [squatting] position corresponds to a real situation" (Herrlinger, History of Anatomical Illustration, 66).

In November 2013 a a digital facsimile was available from Harvard University Libraries at this link.