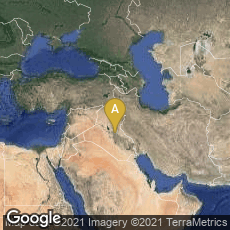 Al-Khwārizmi Invents the Algorithm; Introduction of the Decimal Positional Number System to the West Statue of al-Khwarizmi holding an astrolable toward the sky in front of the Faculty of Mathematics of Amirkabir University of Technology in Tehran.

About 825 Abū ʿAbdallāh Muḥammad ibn Mūsā al-Khwārizmī, a Persian mathematician, astronomer, and geographer at the House of Wisdom (Arabic: بيت الحكمة‎; Bait al-Hikma) in Baghdad, developed the concept of a written process to be followed to achieve some goal. Al-Khwarizmi wrote a book on Hindu-Arabic numerals, giving the name algorithm to this process through the Latinization of his last name:

"The Arabic text is lost but a Latin translation, Algoritmi de numero Indorum (in English Al-Khwarizmi on the Hindu Art of Reckoning) gave rise to the word algorithm deriving from his name in the title. Unfortunately the Latin translation . . . .  is known to be much changed from al-Khwarizmi's original text (of which even the title is unknown). The work describes the Hindu place-value system of numerals based on 1, 2, 3, 4, 5, 6, 7, 8, 9, and 0. The first use of zero as a place holder in positional base notation was probably due to al-Khwarizmi in this work. Methods for arithmetical calculation are given, and a method to find square roots is known to have been in the Arabic original although it is missing from the Latin version" (http://www-groups.dcs.st-and.ac.uk/~history/Biographies/Al-Khwarizmi.html, accessed 01-23-2010).