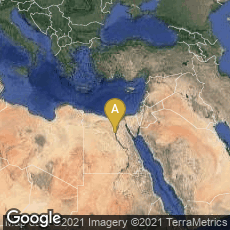 British Library Papyrus 745, a fragment of a anonymous work entitled De bellis Macedonicis, found at Oxyrthynchus, Egypt, and acquired by the British Museum in 1900, is the oldest surviving remains of a Latin manuscript written on parchment rather than papyrus. Thought to date from about 100 CE, it is the sole surviving example of Roman Literary Cursive Script, and because it is written on both sides of the parchment, it is also "the earliest example of a membrane [parchment] codex, of the type advocated by the poet Martial in the first century" (Michelle Brown, A Guide to Western Historical Scripts from Antiquity to 1600 [1990] no. 4 and plate 4.)

"Athough it was possibly written as early as AD 100, De Bellis has certain letterforms which have unmistakable Uncial character. And, most significantly, it used a slanted pen angle which was copied by all the early Uncial scripts. . . ." (Stan Knight, Historical Scripts from Classical Times to the Renaissance [2009] 35).

According to Brown, palaeographer E. A. Lowe dated this fragment in the third century CE.