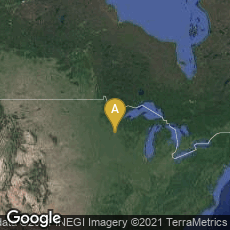 In September 1991 Mark P. McCahill and team at the University of Minnesota developed the Gopher protocol, "a simple way to navigate distributed information resources on the Internet," but without hyperlinks. This was a significant disadvantage to the World Wide Web.

They announced the Internet Gopher on USENET. Its central goals were:

"* A file-like hierarchical arrangement that would be familiar to users

"* A system that can be created quickly and inexpensively

"* Extending the file system metaphor to include things like searches

" The source of the name "Gopher" is claimed to be threefold:

"1. Users instruct it to 'go for' information

"2. It does so through a web of menu items analogous to gopher holes

"3. The sports teams of the University of Minnesota are the Golden Gophers (Wikipedia article on Gopher (protocol), accessed 06-04-2009).