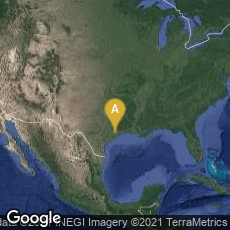 Rice University Press, which shut down in 1996, announced that it was re-opening as an entirely digital operation:

"As money-strapped university presses shut down nationwide, Rice University is turning to technology to bring its press back to life as the first fully digital university press in the United States.

"Using the open-source e-publishing platform Connexions, Rice University Press is returning from a decade-long hiatus to explore models of peer-reviewed scholarship for the 21st century. The technology offers authors a way to use multimedia -- audio files, live hyperlinks or moving images -- to craft dynamic scholarly arguments, and to publish on-demand original works in fields of study that are increasingly constrained by print publishing.

" 'Rice University Press is using Rice's strength in technology to innovatively overcome increasingly common obstacles to publication of scholarly works,' Rice University President David Leebron said. 'The nation's first fully digital academic press provides not only a solution for scholars -- particularly those in the humanities -- who are limited by the dearth of university presses, but also a venue for publishing multimedia essays, articles, books and scholarly narratives.'

Charles Henry, Rice University vice provost, university librarian and publisher of Rice University Press during the startup phase, said, 'Our decision to revive Rice's press as a digital enterprise is based on both economics and on new ways of thinking about scholarly publishing. On the one hand, university presses are losing money at unprecedented rates, and technology offers us ways to decrease production costs and provide nearly ubiquitous delivery system, the Internet. We avoid costs associated with backlogs, large inventories and unsold physical volumes, and we greatly speed the editorial process.

" 'We don't have a precise figure for our startup costs yet, but it's safe to say our startup costs and annual operating expenses will be at least 10 times less than what we'd expect to pay if we were using a traditional publishing model,' Henry said.

"The digital press will operate just as a traditional press, up to a point. Manuscripts will be solicited, reviewed, edited and resubmitted for final approval by an editorial board of prominent scholars. But rather than waiting for months for a printer to make a bound book, Rice University Press's digital files will instead be run through Connexions for automatic formatting, indexing and population with high-resolution images, audio and video and Web links.

" 'We don't print anything,' Henry explained. 'It will go online as a Rice University Press publication in a matter of days and be available for sale as a digital book.' Users will be able to view the content online for free or purchase a copy of the book for download through the Rice University Press Web site. Alternatively, thanks to Connexions' partnership with on-demand printer QOOP, users will be able to order printed books if they want, in every style from softbound black-and-white on inexpensive paper to leather-bound full-color hardbacks on high-gloss paper.

"As with a traditional press, our publications will be peer-reviewed, professionally vetted and very high quality,' Henry said. 'But the choice to have a printed copy will be up to the customer.'

"Authors published by Rice University Press will retain the copyrights for their works, in accordance with Connexions' licensing agreement with Creative Commons. Additionally, because Connexions is open-source, authors will be able to update or amend their work, easily creating a revised edition of their book. W. Joseph King, executive director of Connexions and co-director of the Rice University Press project, said, 'Connexions' mission is to support open education in all forms, including the publication of original scholarly works. We believe that Connexions has the ability to change the university press at Rice and in general.'

"1. Putting out original scholarly work in fields particularly impacted by the high costs and distribution models of the printed book. One such field is art history, in which printing costs are exceptionally high. Over the years, many university presses have slashed the number of art history titles, severely limiting younger scholars' prospects of publication, Henry said. Rice University Press has identified art history as a field that would benefit immediately and therefore it will be the press's first area of major effort.

"2. Fostering new models of scholarship: With the rise of digital environments, scholars are increasingly attempting to write book-length studies that use new media -- images, video, audio and Web links -- as part of their arguments. Rice University Press will easily accommodate these new forms of scholarship, Henry said.

"3. Providing more affordable publishing for scholarly societies and centers: Often disciplinary societies and smaller centers, especially in the humanities, publish annual reports, reflections on their field of study or original research resulting from grants. For smaller organizations, the printing costs of these publications are prohibitive. Rice University Press will partner with organizations to provide more affordable publishing.

" 'Technological innovations suffuse academia, but institutional innovation often seems more challenging. The initiative to resuscitate Rice University Press as a fully digital university press is thus doubly exciting,' said Steve Wheatley, vice president of the American Council of Learned Societies, an umbrella organization of 70 scholarly societies in the humanities and social sciences. 'It is particularly encouraging to note that the revived press will give special attention to scholarship that is born digital. Equally commendable -- and perhaps even more important -- is the commitment of the university to support this initiative at this crucial phase for scholarly publishing " (http://media.rice.edu/media/NewsBot.asp?MODE=VIEW&ID=8654, accessed 05-23-2010)/