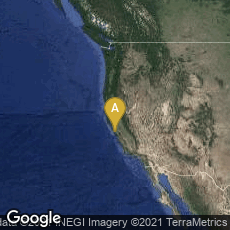 "Facebook was not only the most searched item of the year, but it passed Google as America’s most-visited website in 2010, according to a new report from Experian Hitwise.

"For the second year in a row, 'facebook' was the top search term among U.S. Internet users. The search term accounted for 2.11% of all searches, according to Hitwise. Even more impressive is the fact that three other variations of Facebook made it into the top 10: “facebook login” at #2, 'facebook.com' at #6 and “www.facebook.com” at #9. Combined, they accounted for 3.48% of all searches, a 207% increase from Facebook’s position last year.

"It’s only a matter of time until Facebook topples the entire Google empire, though. We’ve seen the trend develop for months: Facebook is getting bigger than Google. According to comScore, Facebook’s U.S. traffic grew by 55% in the last year and has shown no sign of slowing down" (http://mashable.com/2010/12/29/2010-the-year-facebook-dethroned-google-as-king-of-the-web-stats/, accessed 12-31-2010).