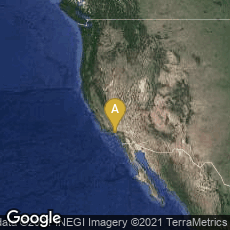 "The Jazz Singer," the First Full-Length Film with Synchronized Dialogue The Jazz Singer, the first feature-length motion picture with synchronized dialogue sequences was released in October 1927. The film included sound sequences running about two minutes, and the rest of its dialogue was done through the sound cards of traditional silent films.  However, the commercial impact the synchronized sound was sensational, and the release of The Jazz Singer heralded the commercial ascendance of the "talkies" and the decline of the silent film era. Produced by Warner Bros. of Burbank, California with its Vitaphone sound-on-disc system, the movie starred Al Jolson, who performed six songs. The film, written by and staring Jewish Americans, focussed on Jewish-American culture as well as American jazz.

"The story begins with young Jakie Rabinowitz defying the traditions of his devout Jewish family by singing popular tunes in a beer hall. Punished by his father, a cantor, Jakie runs away from home. Some years later, now calling himself Jack Robin, he has become a talented jazz singer. He attempts to build a career as an entertainer, but his professional ambitions ultimately come into conflict with the demands of his home and heritage. . .

"While many earlier sound films had dialogue, all were short subjects. D. W. Griffith's feature Dream Street (1921) was shown in New York with a single singing sequence and crowd noises. It was preceded by a program of sound shorts, including a sequence with Griffith speaking directly to the audience, but the feature itself had no talking scenes.Similarly, the first Warner Bros. Vitaphone features, Don Juan (premiered August 1926) and The Better 'Ole (premiered October 1926), like two more that followed in early 1927, had only a synchronized instrumental score and sound effects. The Jazz Singer contains those, as well as numerous synchronized singing sequences and some synchronized speech: Two popular tunes are performed by the young Jakie Rabinowitz, the future Jazz Singer; his father, a cantor, performs the devotional Kol Nidre; the famous cantor Yossele Rosenblatt, appearing as himself, sings another religious melody. As the adult Jack Robin, Jolson performs six songs, five popular "jazz" tunes and the Kol Nidre. The sound for the film was recorded by British-born George Groves, who had also worked on Don Juan. To direct, the studio chose Alan Crosland, who already had two Vitaphone films to his credit: Don Juan and Old San Francisco, which opened while The Jazz Singer was in production.

"The spoken words that made movie history (over considerable crowd noise) and the opening of "Toot, Toot, Tootsie (Goo' Bye)" Problems listening to this file? See media help. Jolson's first vocal performance, about fifteen minutes into the picture, is of "Dirty Hands, Dirty Face," with music by James V. Monaco and lyrics by Edgar Leslie and Grant Clarke. The first synchronized speech, uttered by Jack to a cabaret crowd and to the piano player in the band that accompanies him, occurs directly after that performance, beginning at the 17:25 mark of the film. Jack's first spoken words—"Wait a minute, wait a minute, you ain't heard nothin' yet"—were well-established stage patter of Jolson's. He had even spoken very similar lines in a 1926 short, Al Jolson in "A Plantation Act." The line had developed as something of an in-joke. In November 1918, during a gala concert celebrating the end of World War I, Jolson ran onstage amid the applause for the preceding performer, the great operatic tenor Enrico Caruso, and exclaimed, "Folks, you ain't heard nothin' yet." The following year, he recorded the song "You Ain't Heard Nothin' Yet". In a later scene, Jack talks with his mother, played by Eugenie Besserer, in the family parlor; his father enters and pronounces one very conclusive word. In total, the movie contains barely two minutes worth of synchronized talking, much or all of it improvised. The rest of the dialogue is presented through the caption cards, or intertitles, standard in silent movies of the era" (Wikipedia article on The Jazz Singer, accessed 01-07-2012).