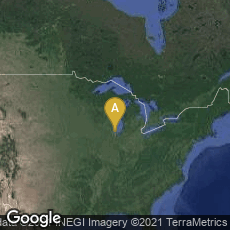 In 1873 Frank Shepard, a salesman for a Chicago legal publisher, invented the Shepard's legal citation system. In the same year, Shepard designed and published the first of his many citation books, Illinois Citations.

"In legal research, Shepard's Citations is a citator, a list of all the authorities citing a particular case, statute, or other legal authority. The verb Shepardizing refers to the process of consulting Shepard's to see if a case has been overturned, reaffirmed, questioned, or cited by later cases. Although the name is trademarked, it is also used informally by legal professionals to describe citators in general—for example, Westlaw's similar tool called Key Cite" (Wikipedia article on Shepard's Citations, accessed 11-30-2012).