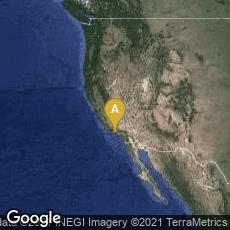 "Maiman initially sent a description of his device to Physical Review Letters. But it was rejected because so many manuscripts on masers had been submitted to the journal that its editors made the unusual decision to accept no more papers in the field. So Maiman sent it to Nature, where is now famous paper, "Stimulated optical radiation in ruby", appeared on 6 August 1960 (T. H. Maiman Nature 187, 493-94; 1960). It was very brief, and I have previously commented that this article was probably more important per word than any of the papers published by Nature over the past century" (Charles H. Townes, "Obituary Theodore H. Maiman [1927-2007]. Maker of the first laser," Nature Vol. 447, June 7, 2007, p. 654).

"When lasers were invented in 1960, they were called 'a solution looking for a problem'. Since then, they have become ubiquitous, finding utility in thousands of highly varied applications in every section of modern society, including consumer electronics, information technology, science, medicine, industry, law enforcement, entertainment, and the military.

"The first use of lasers in the daily lives of the general population was the supermarket barcode scanner, introduced in 1974. The laserdisc player, introduced in 1978, was the first successful consumer product to include a laser but the compact disc player was the first laser-equipped device to become common, beginning in 1982 followed shortly by laser printers. Some other uses are:

Maiman published a detailed account of his research as The Laser Odyssey (Blaine, WA: The Laser Press, 2000).