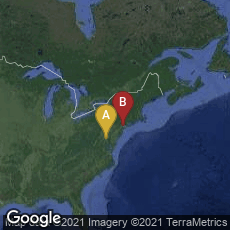 In 1922 American Army Signal Corps officer and inventor Major General George Owen Squier of Washington, D. C. created "Wired Radio," a service that piped music to businesses and subscribers over wires. Squier, who, in the early 1920s, was granted several US patents related to transmission of information signals, including a system for the transmission and distribution of signals over electrical lines, recognized the potential of this technology for delivering music to listeners without the use of radio, which at the time required fussy and expensive equipment. Squier sold the rights to his information transmission patents to the North American Company utility conglomerate, which created a company named Wired Radio Inc. with the intent to use the technique to deliver music subscriptions to private customers of the utility company's power service.

Squier remained involved in the Wired Radio project. Intrigued by the use of the neologism "Kodak" as a trademark, he took the "mus" syllable from "music" and added the "ak" from "Kodak" to create the name "Muzak" for the service. By the time a workable Muzak system was fully developed, commercial radio had become well established, so the company re-focused its efforts on delivering music to hotels and restaurants. The first actual delivery of Muzak to commercial customers took place in New York City in 1936, two years after Squier's death.