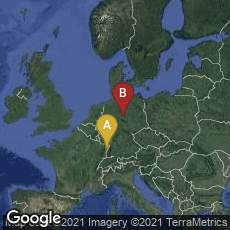 Image Source: commons.wikimedia.org
A 1609 edition of Carolus's Relation; the earliest surviving examples date from this year.

If a newspaper is defined as a publication in series on current-affairs issued regularly at intervals short enough for readers to keep abreast of news, then Johann Carolus' newsbook entitled Relation aller Fürnemmen und gedenckwürdigen Historien (Account of All Distinguished and Commemorable News) published in Strasbourg was the first European newspaper. In 1605 Carolus, who had previously earned his living by producing hand-written news sheets for wealthy subscribers, acquired a printing press and began printing the Relation.

"The Carolus petition discovered in the Strasbourg Municipal Archive during the 1980s may be regarded as the birth certificate of the newspaper:

Whereas I have hitherto been in receipt of the weekly news advice [handwritten news reports] and, in recompense for some of the expenses incurred yearly, have informed yourselves every week regarding an annual allowance; Since, however, the copying has been slow and has necessarily taken much time, and since, moreover, I have recently purchased at a high and costly price the former printing workshop of the late Thomas Jobin and placed and installed the same in my house at no little expense, albeit only for the sake of gaining time, and since for several weeks, and now for the twelfth occasion, I have set, printed and published the said advice in my printing workshop, likewise not without much effort, inasmuch as on each occasion I have had to remove the formes from the presses . . . " (Wikipedia article on Johann Carolus, accessed 01-16-2015).

The earliest extant examples of the very ephemeral Relation are dated 1609. Also in that year Heinrich Julius, duke of Brunswick-Lüneburg and prince of Wolfenbüttel, began publishing from Wolfenbuttel Avisa Relation oder Zeitung. The first issue of that states that the news had been collected from various countries by January 15, 1609 and it is presumed that the issue was printed on or about that date. Like Carolus's Relation, the Avisa was printed in the newsbook format.

In "The Origins of the Newspaper," Selected Essays on the History of Letter-Forms in Manuscript and Print,, Ed, D. McKitterick, D. (1980) English historian of printing Stanley Morison argued that on the basis of "format" rather than frequency and function, the Relation should be classified as a newsbook because it was issued in book format, printed in quarto with the text set in a single wide column. By Morison's definition the world's first newspaper would be the Dutch  Courante uyt Italien, Duytsland &c. which began publication in 1618. By the same definition no German, English, French, or Italian weekly or daily news publications from the first half of the seventeenth century could be considered newspapers. However, the World Association of Newspapers and many authorities have not adopted Morison's definition.