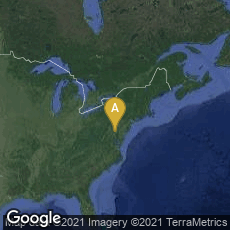 Built during the 1960s at the Applied Physics Laboratory at Johns Hopkins University, the Johns Hopkins Beast was a mobile automaton. The machine had a rudimentary intelligence and the ability to survive on its own.

"Controlled by dozens of transistors, the Johns Hopkins University Applied Physics Lab's "Beast" wandered white hallways, centering by sonar, until its batteries ran low. Then it would seek black wall outlets with special photocell optics, and plug itself in by feel with its special recharging arm. After feeding, it would resume patrolling. Much more complex than Elsie, the Beast's deliberate coordinated actions can be compared to the bacteria hunting behaviors of large nucleated cells like paramecia or amoebae."

"The robot was cybernetic. It did not use a computer. Its control circuitry consisted of dozens of transistors controlling analog voltages. It used photocell optics and sonar to navigate. The 2N404 transistors were used to create NOR logic gates that implemented the Boolean logic to tell it what to do when a specific sensor was activated. The 2N404 transistors were also used to create timing gates to tell it how long to do something. 2N1040 Power transistors were used to control the power to the motion treads, the boom, and the charging mechanism" Wikipedia article on Johns Hopkins Beast, accessed 11-13-2013).