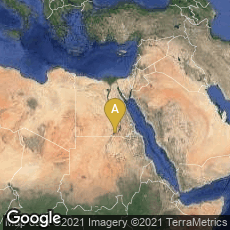 The Roman poet, orator and politician Gaius Cornellus Gallus, prefect of Egypt from 30 to 26 BCE, enjoyed a high reputation among his contemporaries as a man of intellect, and was considered by the poet Ovid (Publius Ovidius Naso) to be the first of the elegiac poets of Rome. He is known to have written four books of elegies chiefly on his mistress Lycoris (a poetic name for Cytheris), a notorious actress, and he is thought to have been an inspiration for the Latin elegiac poet Sextus Propertius, and the Latin poet Albius Tibullus as well as Ovid. Yet his literary reputation is entirely based on heresay since until the late 20th century only one pentameter of his had survived.

In 1978 excavations at Qasr Ibrim yielded a papyrus fragment containing nine lines by Gallus. Qasr Ibrim was originally a major city perched on a cliff above the Nile, but the flooding of Lake Nasser after the construction of the Aswan High Dam transformed it into an island, which remains a major site for archaeological investigations. The Gallus papyrus is designated PQasrIbrîm inv. 78-3-11/ (L1/2). It consists of five fragments of papyrus which join to make a single piece 19.4 cm wide by 16.3 cm high. The papyrus was published with very extensive analysis by R. D. Anderson, P. J. Parsons and R.G.M. Nisbet in "Elegiacs by Gallus from Qasr Ibrîm," Journal of Roman Studies 69 (1979) 125-55, including color reproductions of portions of the papyrus.

Among some of their observations:

"At all events, we have here the remains of a Roman book, very probably of the reign of Augustus, quite possibly of the lifetime of Gallus himself. It is, with PHerc 817 (Carmen de bello Aegypticaco), by far our oldest MS of Latin poetry." (p. 128) [PHerc 817 is not later than 79 CE.]

"The text is written in a small formal upright bilinear bookhand. This is among the earliest examples (very possibly is the earliest example) of the style, which in many features anticipates the 'canonized' (that is, ossified) Rustic Capital of iv A. D. and after.

"Given the rarity of early Latin books, it is not easy to assess this one. The script is small and neat and deftly executed, less gawky than PHerc 817, less ostentatiously stylish than in PHer 1475; despite wide inconsistences of ornament, letter-shape and even ductus (which indeed may have been the norm before canonization set in), an elegant calligraphic performance. This, with wide margins, certainly suggests a good professional copy. On the other hand, the apex is not written, in contrast to some other early MSS, and a clear mistake is not corrected, although the employment of a corrector was—for scholars at least—an essential part of proper book production. This mixture of features may be a matter of date, of quality or of both. We cannot even tell whether the book was imported from Italy, or copied (under Gallus' prefecture) in Egypt." (p. 138).

"Scholars used to believe, in the absence of any surviving poetry by Gallus and on the basis of his high reputation among his contemporaries, that his poetical gifts were little short of those of Virgil. A nineteenth-century British classicist famously asked, 'What would we not barter of all the epics of empire for ten lines of Gallus?' The discoveries at Qasr Ibrim have now given us nine lines of Gallus. Coincidentally, one of them mentions Lycoris, ('saddened, Lycoris, by your wanton behaviour'), confirming their authorship. Possibly atypical, these surviving lines are of disappointing quality. They are written in a Latin more Lucretian and Catullan than Virgilian, and a certain roughness in the composition recalls Quintilian's judgment that Gallus's style was durior (rather harsh). Their sentiments are conventional, and show little trace of originality" (Wikipedia article on Cornelius Gallus, accessed 03-01-2014).