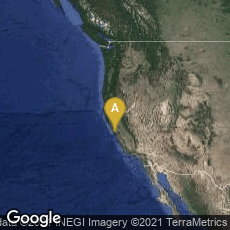 In 1972 American psychiatrist Kenneth Mark Colby, then at Stanford University, attempted to simulate a paranoid schizophrenic in a program that he wrote in LISP named PARRY (for paranoia). The program implemented a crude model of the behavior of a paranoid schizophrenic based on concepts, conceptualizations, and beliefs (judgments about conceptualizations: accept, reject, neutral). As it embodied a conversational strategy, it was more serious and advanced than Joseph Weizenbaum's ELIZA (1964-66). PARRY was described as "ELIZA with attitude".

"PARRY was tested in the early 1970s using a variation of the Turing Test. A group of experienced psychiatrists analysed a combination of real patients and computers running PARRY through teleprinters. Another group of 33 psychiatrists were shown transcripts of the conversations. The two groups were then asked to identify which of the 'patients; were human and which were computer programs. The psychiatrists were able to make the correct identification only 48 percent of the time — a figure consistent with random guessing.

"PARRY and ELIZA (also known as "the Doctor") 'met' several times.The most famous of these exchanges occurred at the ICCC 1972, where PARRY and ELIZA were hooked up over ARPANET and 'talked' to each other" (Wikipedia article on PARRY, accessed 06-15-2014).

According to The New York Times obituary of Colby,

PARRY -- In my opinion, you have a one-track mind.

ELIZA -- What makes you think I have a one-track mind?

PARRY -- I used to go to the track every week.

ELIZA -- What does that suggest to you?

PARRY -- I avoid racetracks now because the races are fixed.

ELIZA -- Is that the real reason?

PARRY -- I'd rather not discuss it.

PARRY -- That's something I don't want to go into."

Eliza Haywood's "The Female Spectator", the First Periodical Written for Women by a Woman
"Mrs. Beeton's Book of Household Management": One of the Major Publishing Successes of the 19th Century
Joseph Weizenbaum Writes ELIZA: A Pioneering Experiment in Artificial Intelligence Programming
332 Agricultural Workers Are Transported to Tasmania as Punishment for Machine Breaking