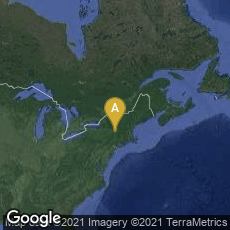 Just after the American Civil War, in 1868 printer, publisher and author Joel Munsell of Albany, New York, decided to offer his personal library of rare and scarce books on the history of printing and related subjects for sale in a priced catalogue. This was entitled Catalogue of Books on Printing and the Kindred Arts: Embracing Also Works on Copyright, Liberty of the Press, Lbel, Literary Property, Bibliography, Etc. According to Bigmore & Wyman's Bibliography of Printing II (1880-86) 66, Munsell sold nearly the entire collection, on which he had spent about $3000, to the New York State Library in Albany. As far as I know, Munsell's library was the first extensive library of printing classics assembled and dispersed by a printer in the United States. About the same time that Munsell was collecting, printing press designer and manufacturer Richard March Hoe collected an even more extensive library of printing classics.

Because I collect and write about books on the history of printing, as will be evident from this database, I often wonder how earlier collectors appreciated and valued the works we view as classics today. Reading Munsell's catalogue provides some insight in this regard, both in Munsell's choice of books and how he priced them relative to one another. The prices range in the catalogue from $1 to $25.00— prices which even updated to current values with respect to inflation, cannot in any way equate to the values of equivalent items today. Notably, the single highest price in the catalogue is $25.00 for Munsell's copy of the first edition of Moxon's Mechanick Exercises (1683-84), a work which, depending upon condition, would be valued in the upper five figures or low six figures in 2020. Evidently the book was rare and very hard to get by Munsell's time. Beneath the price of Moxon, only a few books in Munsell's catalogue are priced $20. These include the Manuale Tipografico of Giambattista Bodoni (1818) originally issued in only about 290 copies. When I checked online in February 2015 a copy of the original edition was offered for $44,980. But other prices by Munsell are more difficult to understand and may simply reflect what he paid. For example a pamphlet by Camus, Notice d'une livre imprimé à Bamberg en MDCCCLXII (1462), which I purchased for around $150, is priced $7.50 by Munsell, and a late edition of Dibden's Bibliomania (1842) is priced $10. This book is very common today and can be bought for about $500. Perhaps Munsell fairly priced his copy of Fournier's Manuel typographique (1764-66) $10.00 in the money of his time, but strangely he characterized it as "unique", which it has never been. He then priced a very much rarer work by Fournier, Caractères de l'imprimerie, a duodecimo type specimen published in 1742, for only $1, characterizing it as "very curious."  He priced the Biographical Memoir of Luke Hansard by James Hansard (1829) $10. This scarce work in a deluxe period binding cost me a bit over $300 in 2015. Another work where Munsell's prices seem very out of sync with the modern view is Paul Lacroix's Histoire de l'imprimerie et des arts et professions qui se rattachent (1852). This work with hand-colored plates can be bought today for about $200;  Munsell priced it $10. In contrast Munsell priced La Caille's, Histoire de l'imprimerie et de la librairie (1689), a book which sells for between $5250 and $2500 today, for only $5. On the other hand, Munsell priced Piette, Traité de la coloration des pates a papier (1863) $18, presumably reflecting its high cost and practical value, since the work was virtually new when he sold it. A copy of this book with pasted-in samples, issued in a very small edition, was offered for $10,000 in 2015. He also priced Savage, Practical Hints on Decorative Printing (1822) $10.  Savage's book might sell in the range of $7,500 to $15,000 today. However, later in his catalogue Munsell offers John Jackson's Treatise on Wood Engraving, Historical and Practical (1839) for $20. I have acquired three copies of this for around $200 each, and there are several others on the market. The high price that Munsell charged for that might have reflected its scarcity at the time.

From all of these comparisons of prices Munsell set with present values we may conclude that few books on the history of printing were perceived as scarce or especially expensive in 1868. Also, I think the market was more limited for this kind of book in the United States than it was in Europe at the time, and being aware of that, Munsell seems to have priced his books with the intention of mainly recovering his $3000 global cost. Beyond that there are vogues in all fields of collecting, and in my experience there are many bargains in rare books on the history of printing today.