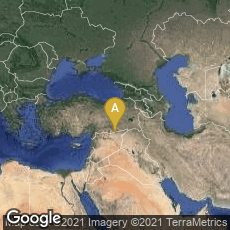 The Syriac Galen Palimpsest, owned by an American private collector and loaned to the Walters Art Gallery for research by scholars, contains as its undertext a ninth century text of Galen's On Simple Drugs in the Syriac translation by Sergius of Rēš ‘Aynā (Sergius of Reshaina), a 6th century Assyrian (Syriac) physician and priest from Reshaina (modern Ras al-Ayn, Syria) who translated a number of Greek works into Syriac. Syriac, also known as Syriac Aramaic, is a dialect of Middle Aramaic that was once spoken across much of the Fertile Crescent and Eastern Arabia. In the Syriac Galen Palimpsest Sergius's translation of Galen's work is preserved underneath an eleventh-century liturgical text that is a significant source for the study of hymns of Byzantine and Melkite Christianity.

The Syriac Galen Palimpsest may contain the entire second part of On Simple Drugs (i.e., Books VI–XI), a summation of Graeco-Roman knowledge about medicine, patient care and medicinal plants. Prior to the discovery of this manuscript only Books VI–VIII had been thought to survive, preserved in London, British Library, MS Add. 14661. The Syriac Galen Palimpsest offers many significant variant readings. Moveover, this Syriac translation makes it possible to assess the role that Sergius played in the transmission of medical knowledge from Greek into Arabic, by allowing comparison of the Greek source text of certain passages with the Syriac translations by Sergius and the ninth century physician/scholar/translator Hunayn ibn Ishaq (أبو زيد حنين بن إسحاق العبادي‎), as well as the Arabic version by Hunayn.

As part of ongoing research on this palimpsest most remarkably Grigory Kessel was able to locate the seven leaves missing from the codex: one at Harvard, one at St. Catharine's Monastery in Sinai, one at the Bibliothèque nationale de France, and three at the Vatican Library. The final missing leaf he believed to have been a blank, which was discarded.

(This entry was written on the Oceania Riviera off the coast of Israel in June 2015.)