A Roberts self-acting spinning mule: 1835 diagram showing the gearing in the headstock. 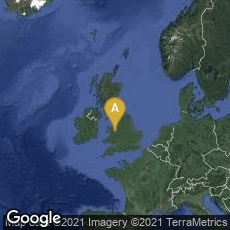 In 1822 Welsh inventor Richard Roberts, from the village of Llanymynech in Wales, received British patent 4726 for "machinery applicable to the process of weaving plain or figured cloths or fabrics, and which may be applied to looms now in common use; construction of looms for such purpose; working looms either by hand, steam, or other power." This loom, which became known as the Roberts Loom, was made of cast iron, and could operate at significantly higher speed than the traditional wooden power loom. By 1825 4,000 of Roberts Looms were being manufactured.

In 1825 and 1830 Roberts patented the self-acting spinning mule, thus revolutionizing production in both the spinning and weaving industries.

"The task he had set himself was to design a self-actor, a self-acting or automatic spinning mule. Roberts is also known for the Roberts Loom, which was widely adopted because of its reliability. The mule in 1820 still needed manual assistance to spin a consistent thread; a self-acting mule would need:

"A counter faller under the thread was made to rise to take in the slack caused by backing off. This could be used with the top faller wire to guide the yarn to the correct place on the cop. These were controlled by levers and cams and an inclined plane called the shaper. The spindle speed was controlled by a drum and weighted ropes, as the headstock moved the ropes twisted the drum, which using a tooth wheel turned the spindles" (Wikipedia article Spinning Mule, accessed 12-2018).