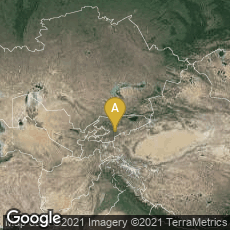 "The Random House Dictionary of the English Language", The First Dictionary Prepared for Typesetting with the Aid of Computers Regarding the Random House Dictionary of the English Language-The Unabridged Edition edited by Jess Stein and Laurence Urdang, and published by Random House in New York in 1966, Urdang began exploring data processing possibilities with a visit to IBM in 1959. He later wrote as follows:

"In 1960, by the time we were ready to move toward a contract to hire a firm to do the necessary work, it had become clear to me that it was a lost cause to try to teach to computer specialists, no matter how intelligent and receptive, enough about linguistics and lexicography to enable them to write the required software. The only alternative was for me to learn what I could about computers. I talked … to a number of people [at the American Documentation Institute, at IBM, Harvard, MIT and elsewhere]. During the next few months I wrote a 34-page document setting forth what it was we had, what we wished to do with it, and what we hoped to end up with, and distributed it to about a half dozen companies … Eventually a contract was let to an independent concern, Computer Applications Incorporated (CAI) … But the road through new territory is not without hazards … first of all, there was the question of how to get the data into machine-readable form. There were no word processors in existence at the time, and the only available technique for coding data was via punched cards … The solution we arrived at was to use a paper-tape-generating typewriter. We studied the Flexowriter, but decided on the Remington-Rand Synchrotape chiefly because it offered a few more keys and a black/red ribbon shift. In its standard version, it would have proved inadequate to the task set for it, but with the modifications we introduced, we were able to keyboard about 160 discrete characters (on 40 keys), which could be coded into 16 styles and sizes of type, with all of those available in capital and lowercase letters … As far as I know, the book we produced, the Random House Dictionary of the English Language--The Unabridged Edition, was the first to use computers extensively in its editorial preparation. The coding of different levels of information-- mainly, entry word, pronunciation, definition(s), variant(s), etymology, run-in entry, illustrations-- and of more than 150 fields to which definitions were assigned--botany, chemistry, computer science, etc.--made it possible to prepare information for each level and in each field independently, thus ensuring better uniformity of treatment and far greater consistency among related pieces into dictionary order. Once that had been accomplished, it remained only to read through the entire dictionary to make certain of the continuity and integrity of the text" (Urdang, "A Lexicographer's Adventures in Computing", Journal of the Dictionary Society of North America 6 [1984] 150-165).