Sholes and Glidden typewriter as produced by E. Remington and Sons. 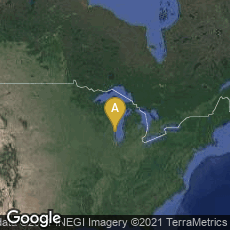 Sholes, Soule, & Glidden Invent the First Device to Allow the Operator to Write Faster than a Person Writing by Hand

Sholes and Glidden typewriter documentation.  The machine, patented on June 23, 1868, resembled "a cross between a piano and a kitchen table."

In 1868 American inventor, newspaper editor and politician Christopher Latham Sholes, and Samuel Soule, and Carlos Glidden invented the first practical typewriter in Milwaukee, Wisconsin. This was the first device to allow the operator to write faster than a person writing by hand.

"Following a strike by compositors at his printing press, he tried building a machine for typesetting, but this was a failure and he quickly abandoned the idea. He arrived at the typewriter through a different route. His initial goal was to create a machine to number pages of a book, tickets, and so on. He began work on this at Kleinsteubers machine shop in Milwaukee, together with a fellow printer Samuel W. Soule, and they patented a numbering machine on November 13, 1866.

"Sholes and Soule showed their machine to Carlos Glidden, a lawyer and amateur inventor at the machine shop working on a mechanical plow, who wondered if the machine could not be made to produce letters and words as well. Further inspiration came in July 1867, when Sholes came across a short note in Scientific American describing the "Pterotype", a prototype typewriter that had been invented by John Pratt in England. Sholes decided that the pterotype was too complex and set out to make his own machine, whose name he got from the article: the typewriting machine, or typewriter.

"For this project, Soule was again enlisted, and Glidden joined them as a third partner who provided the funds. The Scientific American article had described a "literary piano"; the first model that the trio built had a keyboard literally resembling a piano. It had black keys and white keys, laid out in two rows. It did not contain keys for the numerals 0 or 1 because the letters O and I were deemed sufficient:

"with the first row made of ivory and the second of ebony, the rest of the framework being wooden. It was in this form that Sholes, Glidden and Soule were granted patents for their invention on on June 23, 1868 and July 14. The first document to be produced on a typewriter was a contract that Sholes had written, in his capacity as the Comptroller for the city of Milwaukee. Machines similar to Sholes's had been previously used by the blind for embossing, but by Sholes's time the inked ribbon had been invented, which made typewriting in its current form possible" (Wikipedia article on Christopher Sholes, accessed 05-22-2009).