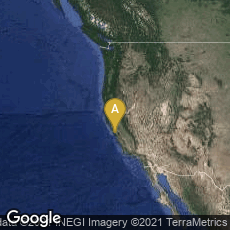 Image Source:
On October 27, 2020 Steven L. Johnson, Brent Kitchens and Peter Gray published an Opinion article in The Washington Post entitled "Facebook serves as an echo chamber, especially for conservatives. Blame its algorithm."
From their article I quote:

"What effect does Facebook have on the political slant of the news and information its users read? Our peer-reviewed research shows that the more time someone spends on Facebook, the more polarized their online news consumption becomes. What’s more, we find Facebook usage is five times more polarizing for conservatives than for liberals. This evidence suggests Facebook indeed serves as an echo chamber, especially for its conservative users.

"Our analysis traces four years of visits made to social media platforms (Facebook, Reddit and Twitter) and online news sites by nearly 200,000 typical U.S. Internet users, using data from an opt-in consumer panel. When we matched up each user’s social media use with their visits to news sites, we found that both Facebook and Reddit connect their users with a wider, more diverse range of news sources than they would typically visit on their own. This is intuitive: One reason people use social media is to discover news.

"Why would Facebook lead conservatives to read more polarized news sites and Reddit to more politically moderate ones? The answer may lie in three ways their algorithms differ — namely, how they consider social networks, topical interests and engagement history. First, on Facebook you can only be friends with people who agree to be friends with you, too. This minimizes the chances of seeing content from people with more diverse, opinion-challenging viewpoints. Second, Reddit users express interest in content by joining topic-based communities, the majority of which are focused on nonpartisan topics such as entertainment, hobbies and sports. Finally, while both Reddit and Facebook closely track what content is the most popular, they differ in how they use that data. Reddit prioritizes content based on what users vote to be the most interesting or informative, but Facebook gives priority to what has garnered the most engagement, which can span from positive affirmation to angry disagreement. This can lead to the most intensely passionate, most partisan Facebook users drowning out moderate voices.

"The impacts of using a platform are not random; they are a direct outcome of that platform’s design decisions. Social media companies are constantly analyzing and fine-tuning their algorithms and adding new features. The features that facilitate a right-wing echo chamber on Facebook — such as how users connect with one another and how the algorithms work to maximize engagement — are intentional choices.

"Other platforms have chosen differently. Twitter chief executive Jack Dorsey has endorsed the importance of transparency in how its algorithms work and is considering enabling users to choose or even create “their own algorithms to rank the content” they see. Because the algorithms that decide what will be shown to users shape their news consumption in such a powerful way, this level of transparency could be an important step in promoting public trust in social media."

The full title of the paper by Kitchens, Johnson and Gray was "Understanding Echo Chambers and Filter Bibbles: The Impact of Social media on Diversification and Patisan Shifts in News Consumption," MIS Quarterly, 1619-1649; DOI: 10.25300/MISQ/2020/16371.