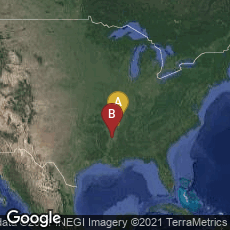 Shelby Foote Writes the 1.5 Million Word "The Civil War: A Narrative" Entirely in Pen & Ink with a Nib Pen Image Source: en.wikipedia.org
Shelby Foote's The Civil War: A Narrative as it appeared when first published.
Between 1956 and 1974 American novelist and historian Shelby Foote of Memphis, Tennessee wrote the the 1.5 million word The Civil War: A Narrative by longhand using a traditional nib pen. Foote, who was born in Greenville, Mississippi, understood the profound sense of loss experienced by the South. His work, written in the grand style of Thucydides, became the literary and historical epic on the central historical issue of American history, the fulcrum that divided and continues to some extent to divide American culture. For this work Foote has been called the "American Homer." His history has also been compared to Gibbon's Decline and Fall of the Roman Empire.

Since 1958 Foote's work has been published in four different versions:

1. The original release by Random House, followed by a paperback edition of the same release in 1986.
2. The Time-Life illustrated edition, with additional maps and an index to each of 14 volumes into which the work was divided. This version was published by subscription between 1999 and 2000.
3. A different Random House edition in which each of the original 3 volumes was divided into three making a 9 volume set, in 2005
4. A still different Random House edition of the trilogy, published in three volumes, edited by Jon Meacham, issued in 2011. This edition included Meacham's American Homer: Reflections on Shelby Foote and His Classic, The Civil War: A Narrative.