Image Source: www.ebay.com
An example of the broadside printed on the Hoe cylinder press from the horse-drawn "car" as part of the celebration for the installation of the statue of Benjamin Franklin in Boston on September 17, 1856. 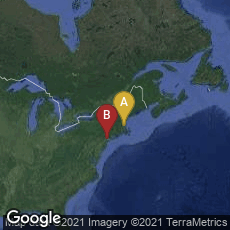 Jeremy Norman Collection of Images -&nbspCreative Commons
This very large "truck" pulled by six horses was large enough and strong enough to hold both a traditional Gutenberg-style wooden handpress, and a very heavy new style Hoe rotary printing machine along with, it appears, at least eight people. I have not been able to identify or locate the specific items (presumably broadsides) that the printers were printing and distributing from the "car" as it moved along in the procession.
On September 17, 1856 to commemorate a statue of America's first famous printer Benjamin Franklin being installed in Boston there was a procession through the streets of that city.

According to an account of this procession or parade in the Proceedings of the Franklin Typographical Society. At the Observance of the Semi-Centennial of its Institution, January 17, 1874, p. 12,  "During the progress of the procession through the streets, the old press was in constant operation producing reprints, in the antique style of typography, of the eightieth number of the 'New England Courant,' printed in Boston, and bearing date February 4 to February 11, 1723, which were distributed from the car to an eager crowd." "There followed, in course, another car, a counterpart of the first, exhibiting, as far as practible, by the use of a Hoe cylinder press from the office of J.C. French & Brothers, the contrast of a modern printing-press and its accompaniments. The press was managed and worked by the firm contributing it and their assistants, who printed and distributed a production in verse of thirty stanzas by our honored member, Benjamin P. Shillaber, entitled: 'A Very Brief and Very Comprehensive Life of Ben: Franklin, Printer, Done into Quaint Verse, by one of the Types. - September 17th, 1856."

Almost exactly two years later, honoring the short-lived completion of the trans-Atlantic telegraph cable on August 4, 1858, New York City held a celebration on September 1. A distinctive feature of the parade associated with that celebration was the "printing car" with Hoe presses. The September 25 issue of Frank Leslie's Illustrated Newspaper included a wood engraving of that large "car" captioned, "Printing car as it appeared at the Cable Jubilee, September 1, 1858, with Hoe's presses, being worked by the printers of Wynkoop, Hallenback & Thomas's establishment."

The short text accompanying the illustration read as follows:

THE PRINTING TRUCK IN THE TELEGRAPHIC PROCESSION.
"One of the principal and most attractive features in the great municipal procession on the telegraph jubilee of September 1st was the massive truck, twenty feet long by ten broad, on which Hoe's printing presses and an old hand press were kept at work during the entire passage of the great cortege.

"The truck was supplied by Messrs. Hoe to the New York Typographical Society, and was drawn by eight powerful horses. The men were from the well-known establishment of Messrs. Wynkopp, Hallenbeck & Thomas, whose printers struck off thousands of impressions of brief histories of the telegraph, Mrs. Stephens' Ode, & c. from one of the celebrated cylinder presses, and distributed them among the multitude."

Printing by Handpress or by Hand
Communication
Telegraph
Printing by Machine