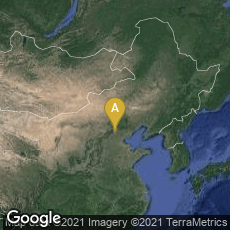 Douyin and TikTok are Released; Douyin for the Chinese Market; TikTok for the Rest of the World

Image Source: en.wikipedia.org
In September 2016 the Chinese company ByteDance introduced Douyin, a video-sharing social networking service. In 2017 ByteDance introduced TikTok for iOS and Android--markets outside of mainland China. Both platforms are used to make a variety of short-form videos, on topics like dance, comedy, and education, that have a duration from 3 seconds to 1 minute (3 minutes for some users). Both platforms have essentially the same interface but no access to each other's content. Both platforms greatly emphasize videos and sound over any verbal commentary. Both platforms apply artificial intelligence in their video recommendations for users.

"Their servers are each based in the market where the respective app is available.[8] The two products are similar, but features are not identical. Douyin includes an in-video search feature that can search by people's face for more videos of them and other features such as buying, booking hotels and making geo-tagged reviews.[9] Since its launch in 2016, TikTok/Douyin rapidly gained popularity in East Asia, South Asia, Southeast Asia, the United States, Turkey, Russia, and other parts of the world.[10][11][12] As of October 2020, TikTok surpassed over 2 billion mobile downloads worldwide" ....


"The TikTok mobile app allows users to create a short video of themselves which often feature music in the background, can be sped up, slowed down or edited with a filter.[67] They can also add their own sound on top of the background music. To create a music video with the app, users can choose background music from a wide variety of music genres, edit with a filter and record a 15-second video with speed adjustments before uploading it to share with others on TikTok or other social platforms.[68] They can also film short lip-sync videos to popular songs.

"The "For You" page on TikTok is a feed of videos that are recommended to users based on their activity on the app. Content is generated by TikTok's artificial intelligence (AI) depending on the content a user liked, interacted with, or searched. Users can also choose to add to favorites or select "not interested" on videos for their page. TikTok combines the user's enjoyed content to provide videos that they would also enjoy. Users and their content can only be featured on the "for you" page if they are 16 or over as per TikTok policy. Users under 16 will not show up under the "for you" page, the sounds page, or under any hashtags.[69]

"Videos that users do not want to post yet can be stored in their "drafts". The user is allowed to see their "drafts" and post when they find it fitting.[72] The app allows users to set their accounts as "private." When first downloading the app, the user's account is public by default. The user can change to private in their settings. Private content remains visible to TikTok, but is blocked from TikTok users who the account holder has not authorized to view their content.[73] Users can choose whether any other user, or only their "friends", may interact with them through the app via comments, messages, or "react" or "duet" videos.[70] Users also can set specific videos to either "public", "friends only", or "private" regardless if the account is private or not." (Wikipedia article on TikTok accessed 1-2021).