Early conception of the components of the UNIVAC system and their imagined appearance from the first brochure issued by Eckert & Mauchly in 1948. 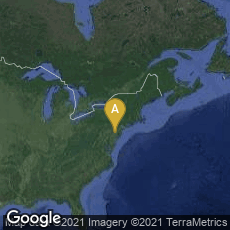 Last page of the first brochure that Eckert & Mauchley issued regarding their products in development. The vacuum tube became their logo. Computer History Museum.

On March 15, 1946 Pres Eckert and John Mauchly left the Moore School of Electrical Engineering at the University of Pennsylvania and established their own firm, Electronic Control Company, in Philadelphia. Electronic Control Company was the first electronic computer company in the world. Eckert and Mauchly's business plan stated that they expected to sell an electronic computer for between $5000 and $30,000.

In September 1946 the company received a grant of $75,000 from the National Bureau of Standards for a research project involving Eckert's mercury delay line memory system, and tape input/output devices.

"With the prospect of receiving some money," the company rented their first offices at 1215 Walnut Street in Philadelphia and began to hire employees.