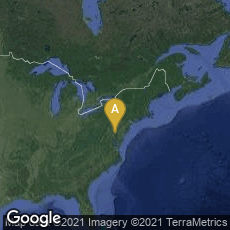 In April 1949 physician and medical librarian at Johns Hopkins in Baltimore, Sanford Larkey, published The Army Medical Library Research Project at the Welch Medical Library. This was one of the first reports on one of the earliest projects in automating information retrieval, the expression for which was coined by Calvin Mooers the following year. The project was especially remarkable because in 1949 no electronic computer was actually available that could accomplish the project that Larkey and his team intended to undertake; however, they knew that such machines would be available within a few years.

"The use of machine methods may appear somewhat Utopian but one must look to the possibilities of the future. As present the machines are in a sense ahead of our ideas as to how they can be used and we must determine what we want them to do. Machines can probably be designed to do what we desire but it must be determined how well they do it and if it is worth doing, in terms of cost, in terms of the needs of medical research, and in light of the operating policies of the Army Medical Library and of the various indexing services.

"One of the most important features of machine operation is the working out of a coding system that will be complete enough and at the same specific enough. Classified and alphabetical bases for coding will studied and a tentative coding system developed. Using this coding system, pilot runs of controlled material will be set up on IBM equipment and the results compared with bibliographies prepared by careful direct analysis of the material. Further pilot runs will be made using other types of machine methods. From these studies it is hoped that some conclusions can be drawn as to the practicability of the use of machine methods in indexing services or as supplementary to them" (pp. 123-24).

In January 1953 Larkey issued an extended update on progress made entitled "The Welch Medical Library Indexing Project." This is available from PubMedCentral at this link.

(This entry was last revised in December 2016.)